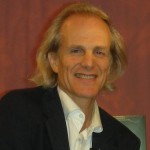 Other Ways Of Knowing: UFOs, Quantum Physics and Consciousness

Alan Steinfeld will talk about the various ways of making contact with the cosmic others as outlined in his new book Making Contact: Preparing for the New Realities on Extraterrestial Existence. The particular focus for this talk will be to show the relationship between of UFOs, Consciousness and Quantum physics. With a triangulation of such subjects he will demonstrate how the principles of consciousness are intimately connected to the way other worldly craft maneuver through time and space. He will highlight the ATTIP documents leaked by the Pentagon saying: “What was once considered the phenomena is now quantum physics.” He will also focus on what is meant by Cognitive environments that were also acknowledged by the government, as well as reviewing the once classified paper by Eric Davis on Transverable Wormholes for Hyperspace travel.                                         Alan Steinfeld, author and editor is an explorer of consciousness and for over 30 years has hosted and produced the weekly television series New Realities in New York City. His 70,000 subscribers to the YouTube channel of the same name has over 22 million viewers.  His book represents his latest findings. He has been deep in the UFO field for over 30 years.   http://www.Youtube.com/newrealities To find his new book go to: https://www.amazon.com/Making-Contact-Preparing-Realities-Extraterrestrial